Win for Cilles in IFC semi final after extra time 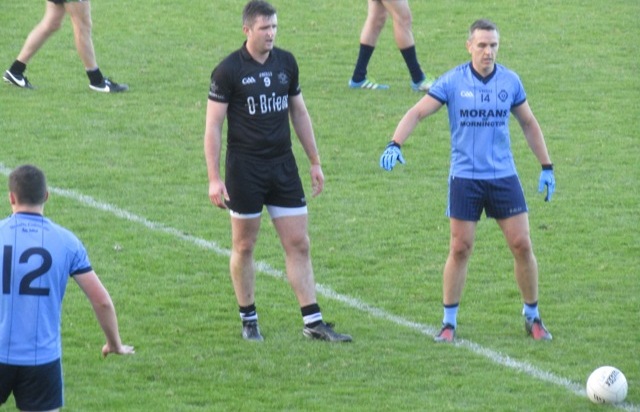 The blacks faced St Colmcilles in Paric Tailteann on Sunday Evening and both sets of clubs were very well supported on a fine Octobers day. Conditions were perfect. During the first half Walterstown were the better team, with Davey Donnellan registering the first point of the game. Further points from Tom Walsh, Rory O Dowd, Richie Barry and Brian O Connell saw Walterstown create a deserved lead. Cathal Hennelly then got in on the act with two sucessive points, the second being a well read intercept which was dispatched over the bar, much to the delight of the Walterstown crowd.  In the closing stages of the first half Brian O Connell raced through on goal but was denied by a fantastic save from the Cilles keeper who somehow managed to get a toe to it and send it wide. 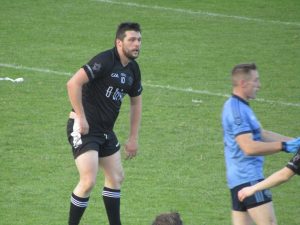 Cilles started much brighter in the second half scoring three points in succession without reply. Arron McLoughlin then came on for Johnny Geoghegan (which seemed to irk the announcer as the number on Arrons shirt didnt match the team sheet). Then St Colmcilles were awarded a penalty which was duly converted and now they lead by a point. Brian O Connell levelled the sides again and now injury time beckoned. Richie Barry pointed in injury time to put Walterstown ahead by Cilles clawed a point back to force the game into extra time. 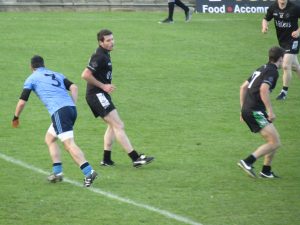 During the first period of extra time Ruari O Dowd pointed for Walterstown. Joey Coogan replace Davy Donnellan who was suffering with cramp. Graham Reilly was starting to control the game for Cilles at this stage and grabbed their second goal of the game to give them a four point lead going into the second period of extra time. Kashif Ali and Cormac Madden came on for Mark McCormack and Richie Barry but could not prevent cilles pulling away from the blacks with a succession of points. Paul Donnellan replaced Colm O Reilly before Joey Coogan got Walterstowns final score of the game

Hard luck to the lads who came close and forced extra time but unfortunately that is it for this season and time now for a few weeks off from what has been a long season. Best of luck to Cilles in the final