Win for Walterstown in Round 11 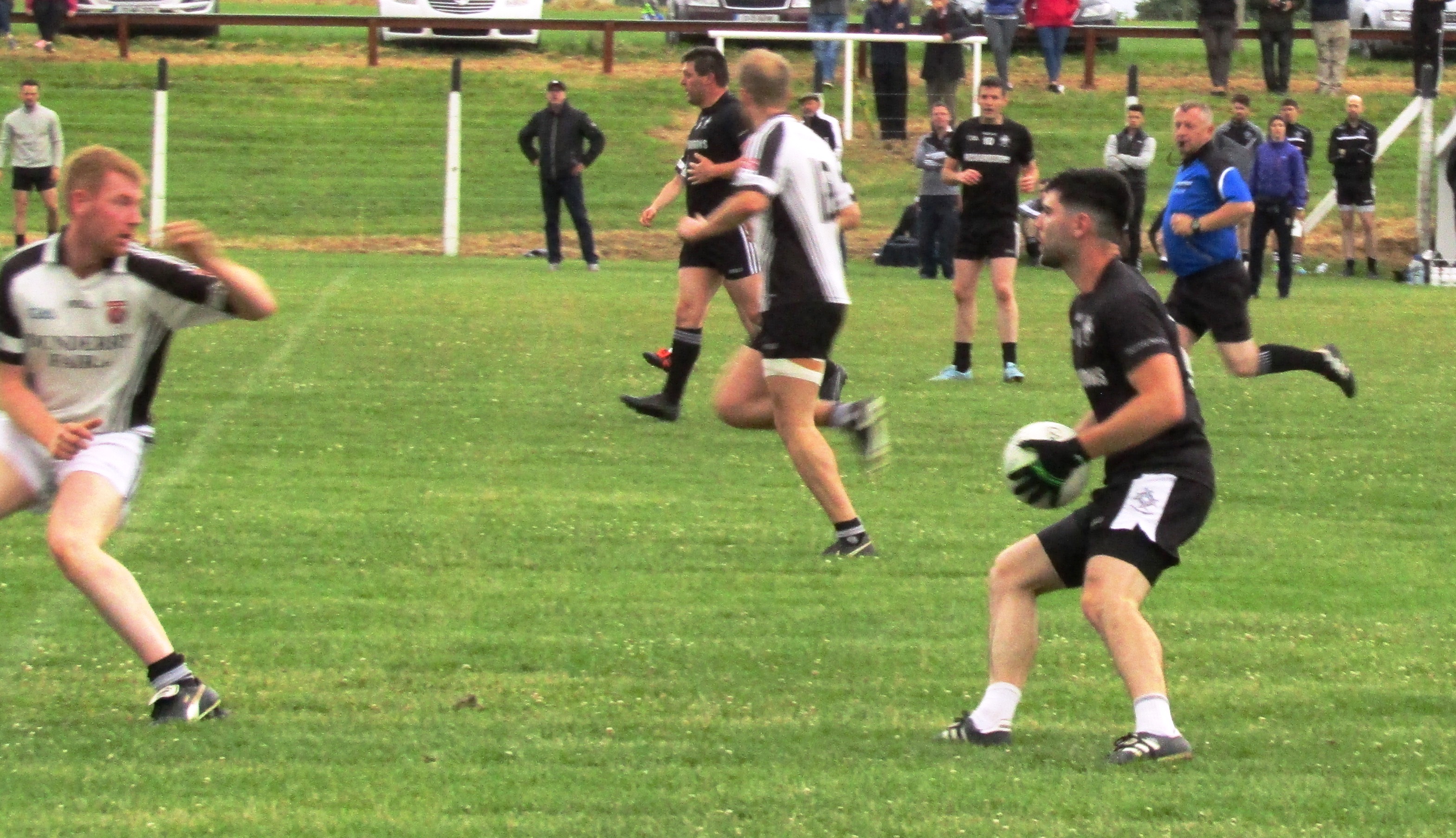 On Sunday evening Walterstown made the short trip to Dunderry in round 11 of the league. With the number of games left in the league at a premium, both sides knew that a win was vital to push them away from the bottom of the table.

Dunderry made the better start in the first half registering two points, before a trade mark run from Aron McLoghlin and a fine finish saw Walterstown first point 5 minutes in.  Both sides we guilty of missing chances in what was a tight first half. Robbie McDonnell registered three further points for Walterstown as the sides went in level at the break.

Walterstown started very brightly after the break. Points from Cormac Madden and Robbie McDonnell saw the blacks take an early three point lead. This turned into a six point lead 7 minutes into the second half when, after a well worked move, Brian McGrane smashed the ball into the back of the net. The next four scores where from the hosts, who now cut the lead back to 2 points. In form Walterstown forward Cormac Madden reeled off three points from play midway through the second half to once again provide a cushion for Walterstown. This was further extended to seven points as full time loomed. Dunderry launched a siege on the Walterstown goal during the closing stages, looking for goals that would bring them back into the game, but the Walterstown defence withstood the barrage and in the end Walterstown ran out five point winners.

Next Up: Round 12: Walterstown V Rathkenny. Date & Time TBC