Win for Walterstown in the Intermediate  Championship 4th Round 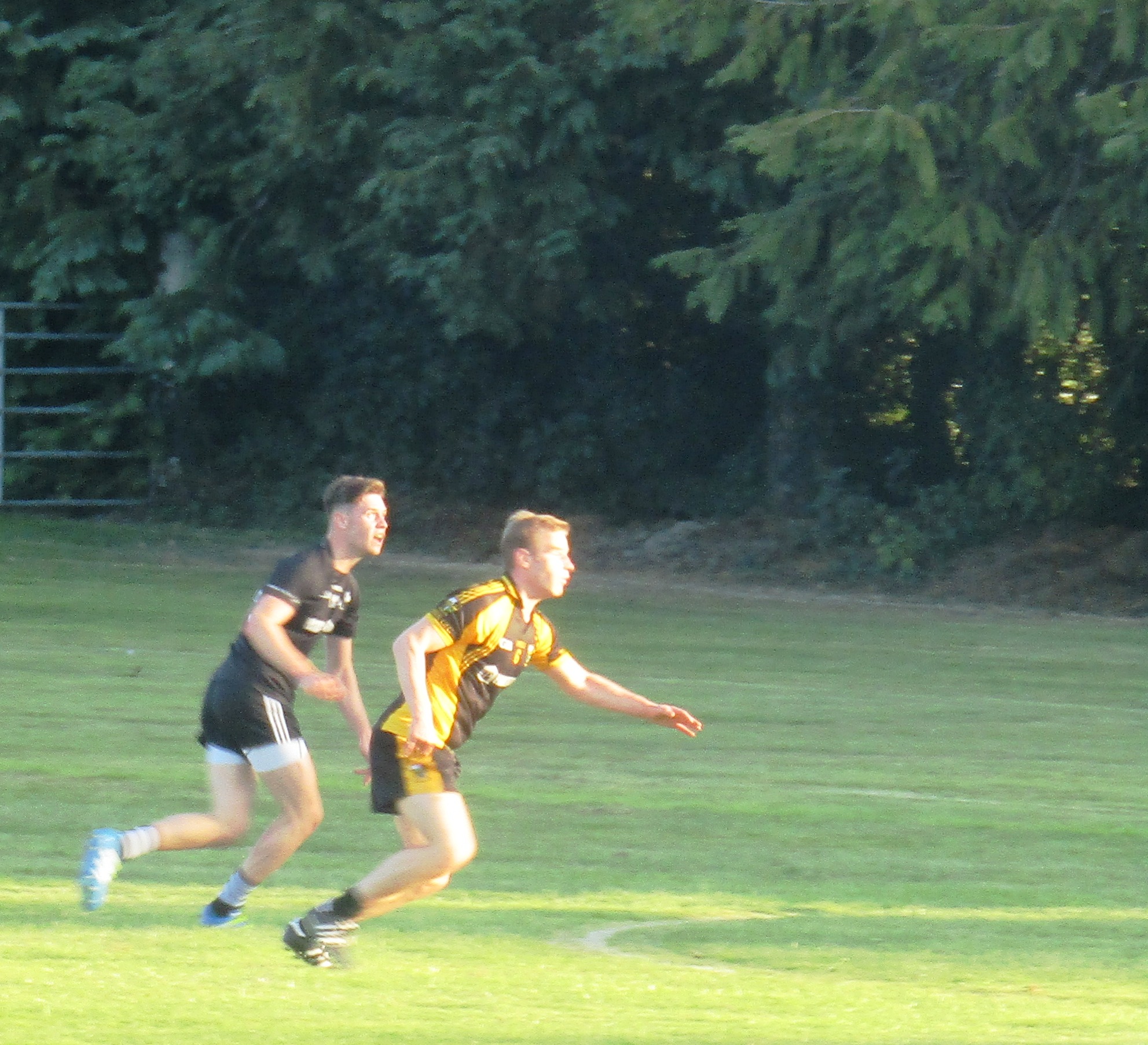 Walterstown played the 4th Round of the championship against Nobber, in sunny Castletown on Fri evening. Having lost their first 3 matches in Group A, they desperately needed to conjure up a win. Again Walterstown manager Eoin Carroll was missing some first team players. This turned out to be an entertaining match, where both sides gave it everything.

Though Walterstown went a point up in the first minute from a Ruairí O’Dowd point, Nobber replied with the next 3 points. Walterstown again upped their performance. Their defenders, backboned by experienced players Peter Reynolds, Cathal Hennelly and John Geoghegan, gave little space to the Nobber forwards. The other backs Cathal McGuinness, Conor Cullen and Davy Donnellan also gave little away. In midfield Alban Crosbie and Conor O Sullivan worked tirelessly. Walterstown’s forwards combined well. Ruairí O Dowd, Cormac Madden and Barry O Connell made particularly good contributions aided by Mark C Cormack and Sam McCabe. By the 29th minute, thanks to a spectacular, individual goal by O Dowd, followed by another point, Walterstown were 1-8 to 0-5 ahead.  Nobber though were not finished, and added a goal of their own before half time. Cormac Madden added a point for Walterstown to leave the score at 1-9 to 1-5 at the interval.

The second half started well for Walterstown thanks to a Barry O Connell free and a well taken Crosbie point from play. Though now, 6 points down Nobber showed no signs of giving up. Walterstown lost their keeper John Davis, who was having an excellent game, after an injury 6 minutes into the 2nd half. Ciaran Lydon however deputised well and was soon called on to stop a point blank shot from Nobber’s Brian Farrell. By the 22nd minute Walterstown were 1-15 to 1-8 ahead, the last 3 points scored by Stephen Davis, in his first year playing adult football. By then the Blacks should have had the game comfortably won but they will be concerned that Nobber tacked on the next 5 points. They did have to reshuffle in the last 10 minutes due to injuries. When Jason Plunkett blew for full time, deep into injury time the score read 1-15 to 1-13 in favour of Walterstown. They now play Ballinabrackey in the 5th and final round