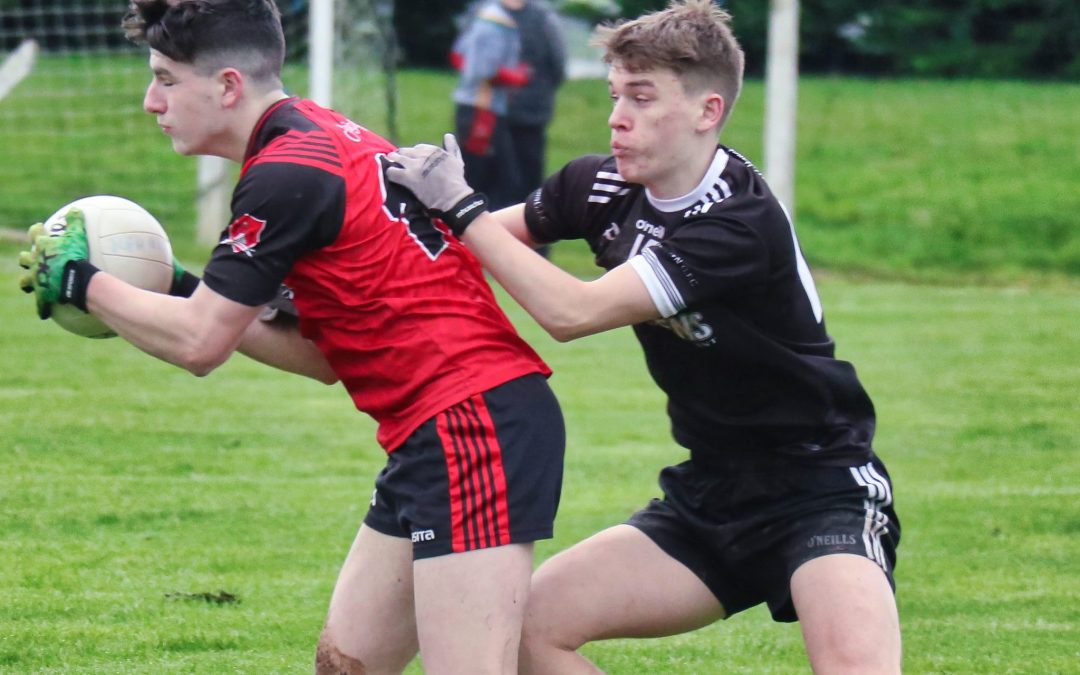 It’s two wins from two for Walterstown in the Corn na Boinne after they had ten points to spare over Kilmainham in the second round on Sunday morning. The Blacks now sit at the summit of Group C after Sunday’s victory and a win over Dunshaughlin in the opening round.

The Blacks showed two changes to the team that lined out against Dunshaughlin the previous Friday with Adam Barrett coming in for Lorcan O’Connor at corner back, while Ruairí O’Dowd replaced Paul Donnellan in attack.

Indeed O’Dowd chipped in with four points from play and was a thorn in the Kilmainham rearguard for the duration, while Brian O’Connell also bagged himself four. The Blacks’ goal came from the boot of substitute Mark Foy, while young stars Ciarán Cox, Adam Quinn, Byron Farrell and Ross Reynolds, all starred in what was only their second game at the intermediate grade.

This truly was a one way affair for the duration as Walterstown cantered to victory. The winning margin should have been a bigger one too but the Blacks were wasteful early on, hitting six wides in the opening quarter. And when former Meath star Mickey Newman converted a penalty in the ninth minute, Kilmainham actually went in front but it didn’t last all that long.

Parity was restored on the 15 minute mark thanks to a point from O’Dowd, while Walterstown found themselves back in front just two minutes later. The leveller was one made and finished by 17-year-olds with Byron Farrell sending a long but absolute perfect pass in to the hands of Ciarán Cox and the Leaving Cert student expertly split the posts to leave the score at 0-4 to 1-0.

Kilmainham only managed to score that single goal in the opening half but the Blacks weren’t encountering the same issue. In all they scored seven without reply after the penalty and led 0-9 to 1-0 at the half way mark. O’Dowd made it 0-5 to 1-0 after 20 minutes when he split the posts, while a super point, finished by Brian O’Connell and set up by Farrell and Quinn, extended Walterstown’s lead further. Before the break defender Conor Lenehan was involved, on two occasions, in adding to the Blacks’ tally. He nabbed himself a superb point in the 24th minute, while he was fouled soon after and Brian O’Connell tapped over the resultant free.

There was no let up for Kilmainham after the turnaround either. Just three minutes in Mark Foy was on the end of a classy pass from O’Dowd and he buried the ball passed Dean Peppard in the Kilmainham goal to leave the scoreboard ready 1-9 1-0.

By the time the visitors opened their second half account thanks to a converted ’45 from Newman, this game was well and truly beyond their reach.

Walterstown tagged on three more without response before Newman raised a while flag from play but it certainly was a case of way too little too late for the visitors.

Conor Lenehan, who put in a solid hour, finished out the scoring when he fisted over the bar to secure the ten point victory for Neil Reynolds’ men.

This victory came at a cost for Walterstown though because early in the second half they lost midfield man Barry O’Connell to what appears to be, a bad knee injury. O’Connell was stretched off after a lengthy stoppage and the Blacks now wait anxiously to hear the prognosis on the former Meath U20 man.

Up next for Walterstown is an away meeting with Longwood in the third round under lights this Thursday night at 9pm.