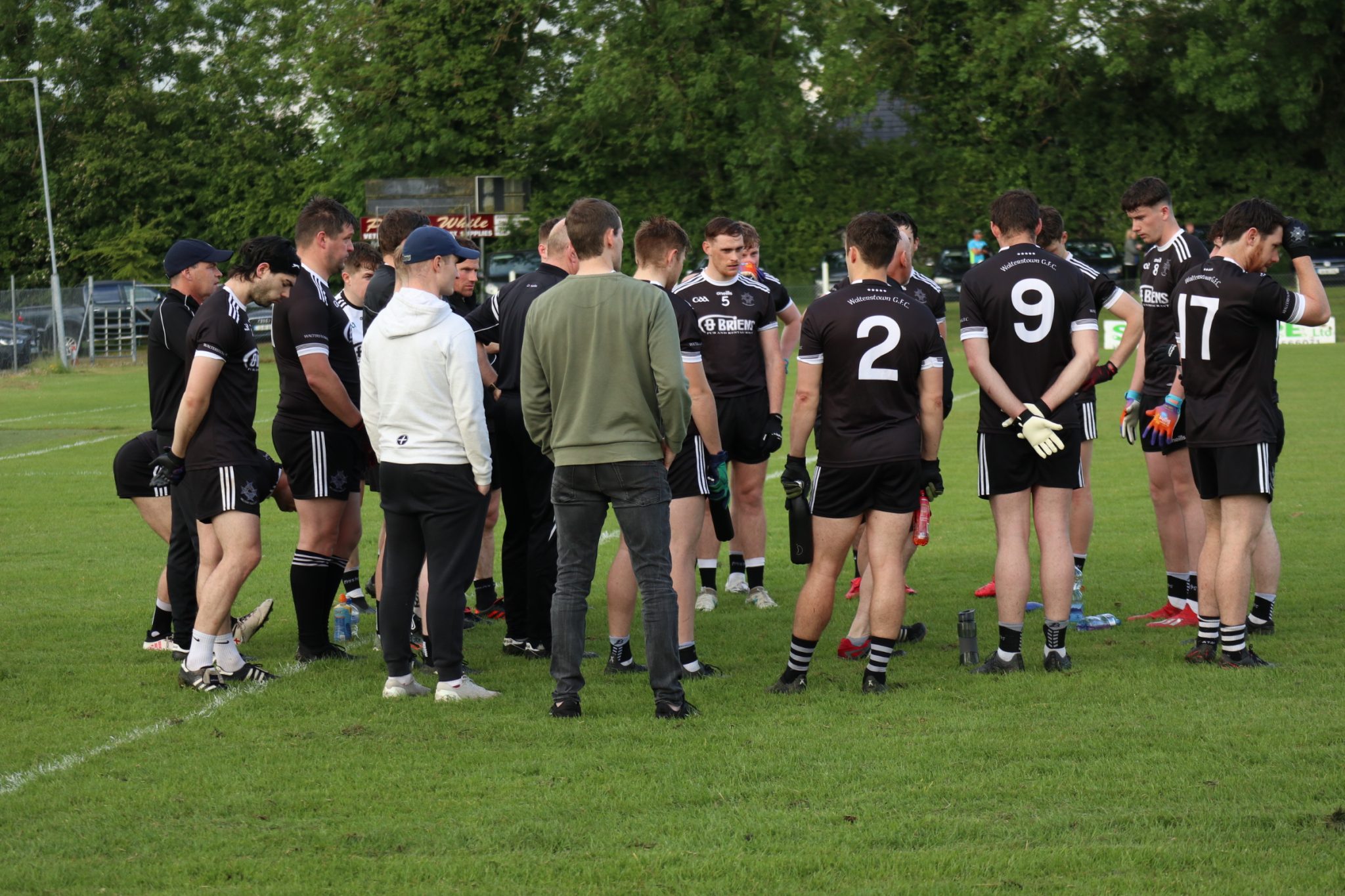 Visiting Duleek-Bellewstown left Walterstown with two points in the bag after they took full advantage of the Blacks’ defensive frailties in the opening round of group B of the Corn na Boinne on Wednesday evening.

Corn na Boinne Group B Round 1

Joe Sheridan’s side hit the front in the sixth minute thanks to a goal from Ciarán Flynn and it was a lead that they held on to for the remainder of the game. Indeed the hit the onion sack on two further occasions thereafter and were full value for the opening round win.

Walterstown lined out without Meath U20 man Conor Farrelly and the injured Cathal Hennelly and Peter Reynolds in defence. They also lost full back Brian McGrane to injury at the interval and their rearguard struggled on far too many occasions when the visitors attacked.

Up the other end of the field, Martin O’Connell’s side didn’t have the same woes and both Ruairí O’Dowd and Brian O’Connell nabbed 1-9 between them. However, when attacks broke down for the home side, tracking back wasn’t high on the agenda and they paid the price in the end.

Walterstown’s last competitive fixture was also in the Corn na Boinne back on Sunday, September 27 when they claimed victory over St Michael’s in the penultimate round of the 2020 competition and they still have the final of that to come against Castletown.

Back to Wednesday though, and the 2021 competition. Making the step up from the Blacks’ junior team, Stephen Davis got the scoring underway early on when he combined well with Brian O’Connell before splitting the posts. 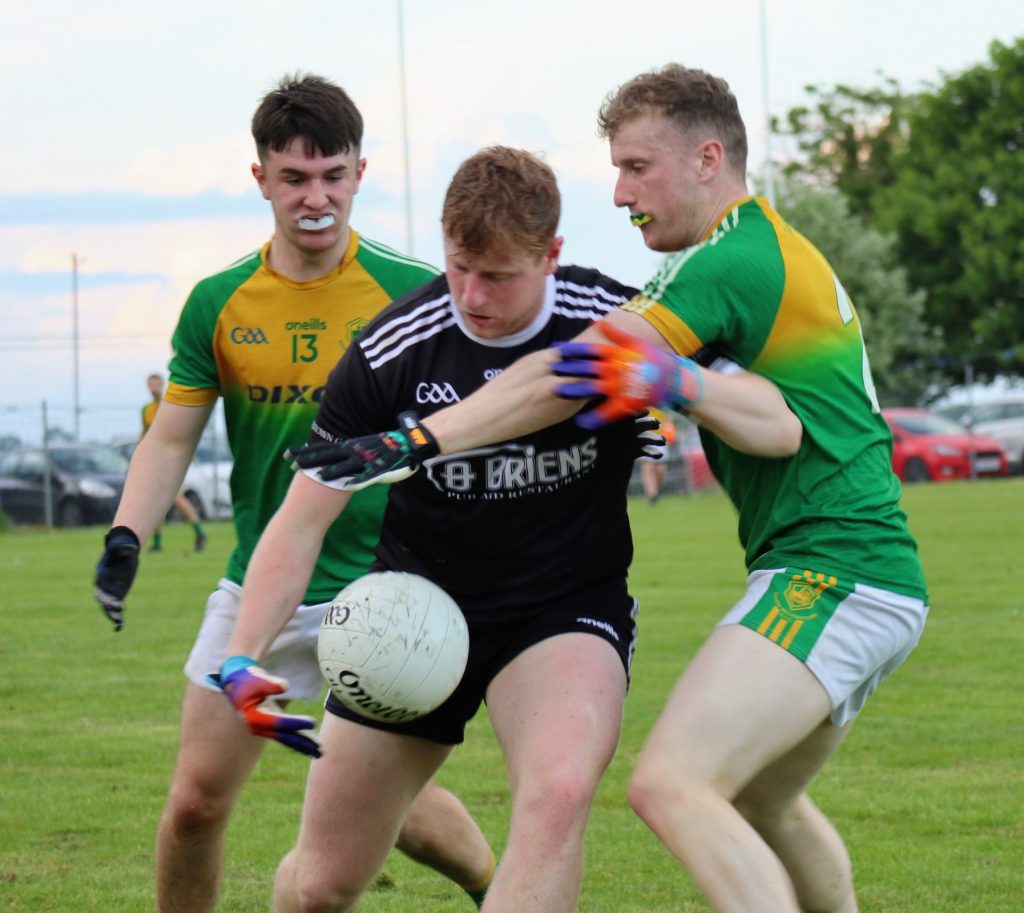 Walterstown Brian O’Connell in action against Duleek-Bellewstown in the first round of the 2021 Corn na Boinne.

A goal and two points from the visitors followed as they opened up a four point advantage by the sixth minute. A superb run from the middle of the field by Cianán Byrne saw him pick out Ciaran Flynn who finished passed John Davis in the Walterstown net.

At the other end when Ruairí O’Dowd’s pass found Adam Treanor, he was fouled and Brian O’Connell sent over the resultant free to reduce the deficit.

By the time the ten minute mark hit Duleek-Bellewstown had opened up a five point lead and had a second goal in the bag. The goal came from Eoghan Heeney, who collected possession from Cianán Byrne before firing home with ease.

Walterstown finally sprung to life thereafter. In the 12th minute Barry O’Connell won a mark out on the right sideline. His long kick saw Ruairí O’Dowd get in front of Dominic McCabe to claim the possession and he cut inside to finish passed Anthony Dowling at the near post and that left the scoreboard reading 2-4 to 1-2.

There’s not a man more lethal than O’Dowd when on form and he tagged on another post a minute later before setting up Barry O’Connell for a point just before the first half water break. 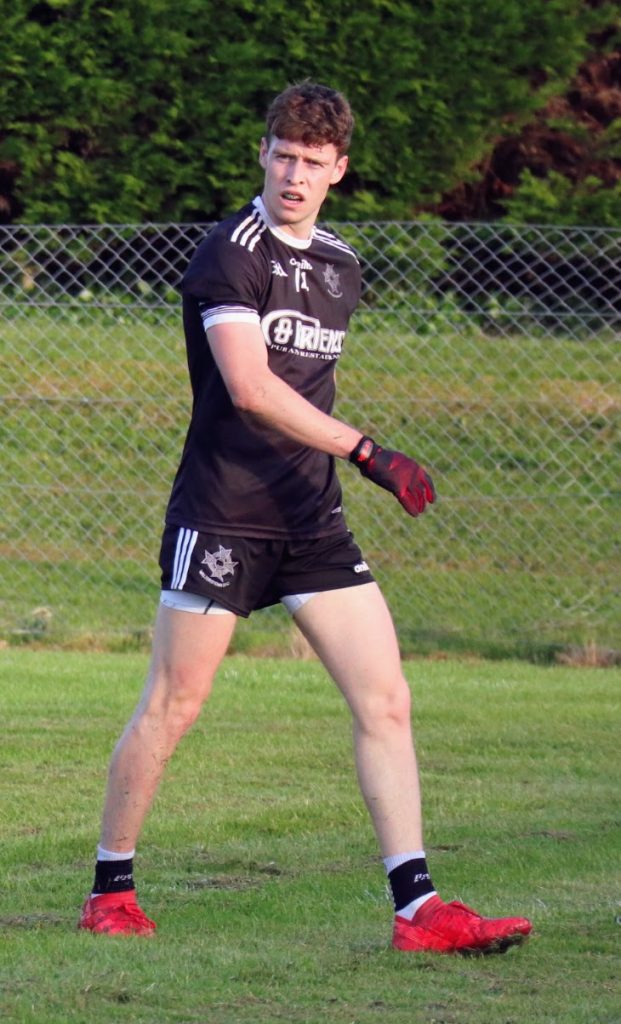 Robbie Cunningham and Alban Crosbie tagged on points after the water break to reduce the deficit but Duleek hit back with two of their own and by the interlude they led 2-7 to 1-8.

After the turnaround Brian O’Connell converted a free from close in before O’Dowd added to his tally but the visitors kept the scoreboard ticking over down the other end too. By the midway point of the half Sheridan’s charges led 2-10 to 1-11. Indeed it was a close affair right up until late in the day when Walterstown conceded a late penalty, which was dispatched well by Shane Crosby and ultimately that was that for the Blacks.

Thereafter Barry O’Connell, O’Dowd and Brian O’Connell split the posts but it was too little too late.

To confound matters, Walterstown finished with 14 men when Brian O’Connell was shown a straight red card for word he exchanged with referee Andrew Smith.