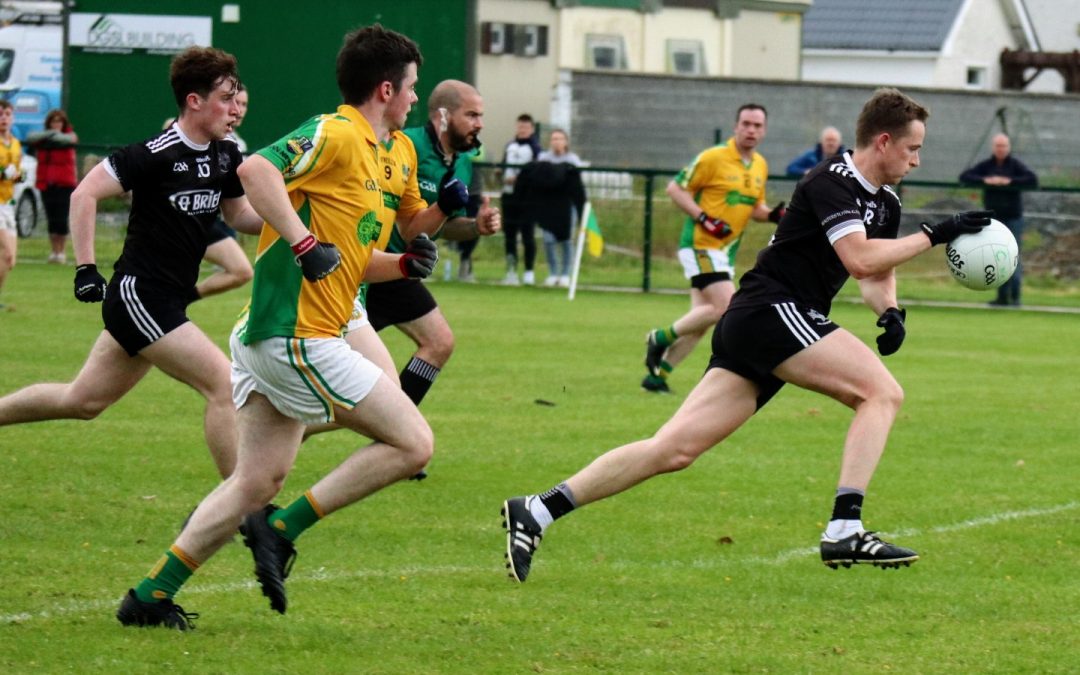 It was a case of third time lucky as Walterstown picked up their first win in the Corn na Boinne against Clann na nGael in Athboy on Wednesday evening. It was a much deserved win too as Martin O’Connell’s men were on top from start to finish and they ran out victors with nine points to spare over the home side.

The Blacks welcomed back Brian O’Connell after he sat out the second round due to suspension and his return of seven points certainly went a long way to securing the much needed victory for the Blacks.

O’Connell may have returned but Walterstown lined out without Robbie Cunningham and Ruairi O’Dowd in attack, while Sam McCabe continues on his road to recovery from injury. So too does defender Davy Reynolds, while Conor Farrelly remains unavailable due to his commitments with the Meath U20 panel.

Having lost out to Duleek-Bellewstown and Blackhall Gaels in rounds one and two respectively, Walterstown were in much need of a win to get their season properly up and running. From the outset, it was clear that they were going to deliver the goods in Athboy in what was a mismatched encounter.

By the end of the opening half O’Connell’s charges led by seven points (1-10 to 1-4) and they extended that to nine by the time the long whistle was sounded. And indeed, the margin could, and probably should, have been bigger in the end.

The opening half was the better one for the Blacks, who defended well and moved the ball through the hands quickly when on the attack. Their shooting, at times, let them down but there’s certainly enough time to work on that before the heat of championship in August.

The Blacks had three points on the board, courtesy of Mark McCormack, Barry O’Connell and Brian O’Connell before the home side got off the mark. When they did, however, they restored parity thanks to a goal from Diarmaid Ó Donnchadha. An initial attempt at goal from midfield man Daragh Griffin came off the butt of the post and Ó Donnchadha was on hand to slot the rebound to the net.

With ten minutes on the clock the scoreboard read 0-4 to 1-1 but thereafter Walterstown assumed control and scored 1-3 without response. Indeed, the home side failed to score for 15 minutes and the Blacks made them pay. 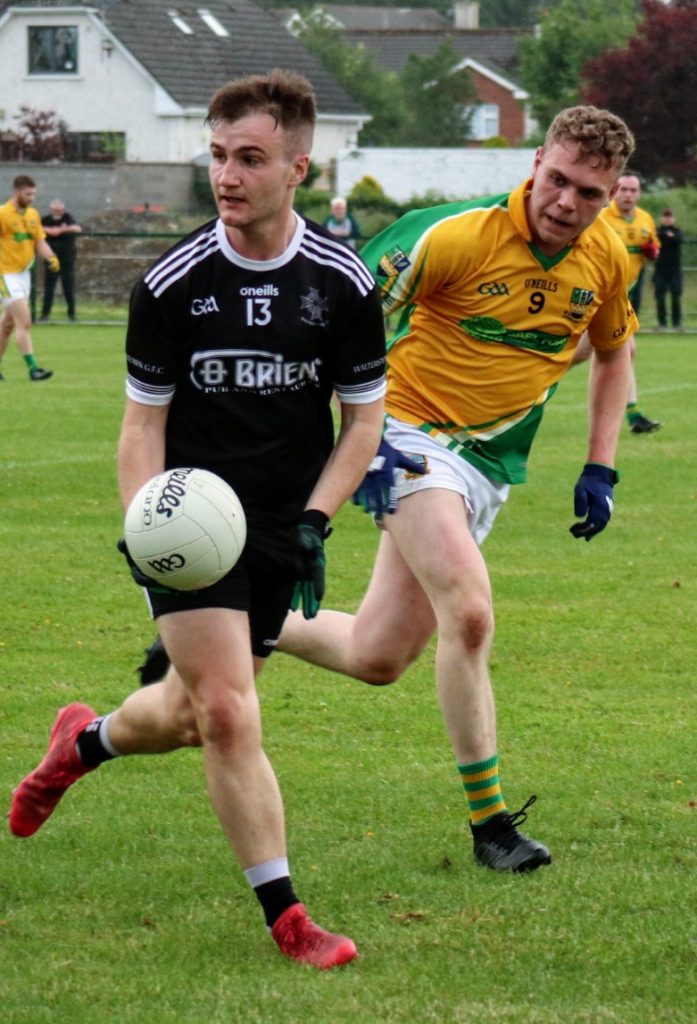 Walterstown’s Davy Donnellan in possession during their Corn na Boinne third round meeting with Clann na nGael in Athboy on Wednesday evening.

Just before the first half water break Davy Donnellan struck high and over and after the short break the Blacks grabbed their only goal of the game. Barry O’Connell was the man to finish to the net but it came off the back of superb tackling from Eoin O’Mahony at the other end of the field.

With ten minutes of the half remaining Walterstown led 1-6 to 1-1 but points from Adam Treanor and three from Brian O’Connell ensured a 1-10 to 1-3 advantage at the interlude.

In the second it was much of the same as Walterstown were in full control of the scoreboard. Clann na nGael failed to score for 15 minutes of the final half and during that period the visitors tagged on five points and should have also had a goal but Brian O’Connell’s effort was saved well by ‘keeper Eoin Griffin. 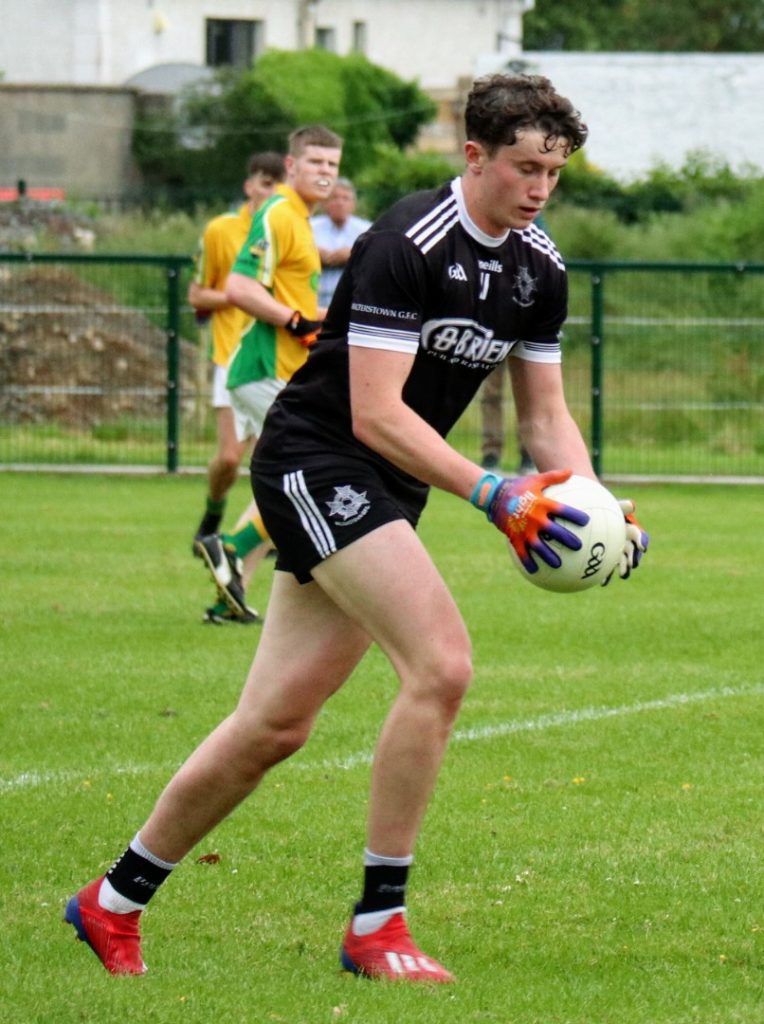 Barry O’Connell on the attack for Walterstown in their Corn na Boinne meeting with Clann na nGael on Wednesday evening.

A defensive error in injury time allowed Clann na nGael in for a goal, courtesy of Thómas Doyle, which put a gloss on the final scoreline but in reality they were simply were no match for the visitors.

Up next for Walterstown is a home game against Rathkenny, who lost out to table toppers St Pat’s by the minimum in the third round.